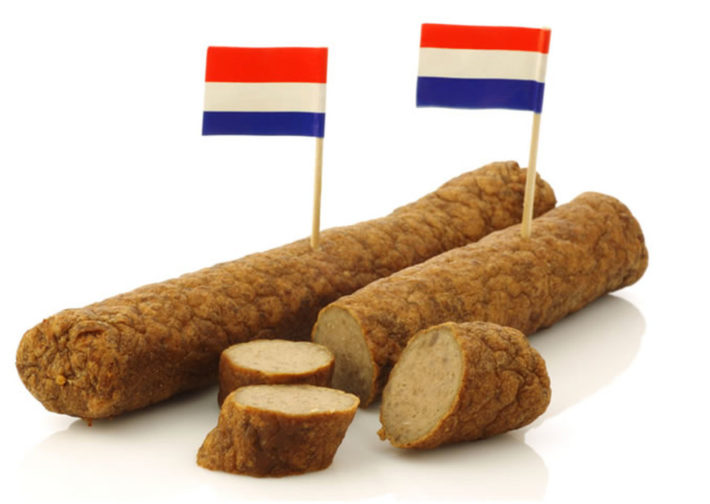 There’s no accounting for taste. In today’s world of cultural diversity and internationalization, everyone’s culinary assortment grows by the day, even here at the Hanze. Ingredients and flavors from any continent have now made their way to any local high street, and that brings many new experiences with it. Some dishes are immediately successful, whereas others has a more divided audience. Think of Marmite, sushi, or cauliflower; you either love it or you hate it. In the Netherlands, one of the most popular foods is the so-called ‘frikandel’. Roughly 400 million of these deep fried snacks are consumed annually, making it a staple of Dutch cuisine. The ubiquitous nature of the Dutch frikandel would lead you to believe that it must be popular with one and all – but for foreign exchange students that doesn’t seem to be the case.

The frikandel is by all means the king of the Dutch snack world. No other fried food even comes close to its sales. But what is a frikandel, exactly? In essence, it’s a deep fried, skinless sausage that dates back to the 16th century. Ground meats, with a unique blend of spices, are pressed into a meat stick, pre-boiled and shipped to the country’s many food outlets, to be deep fried and served in whatever way the customer wants. Usually with mayonnaise, or curry sauce, but the options vary from peanut sauce, to the frikandel speciaal (mayonnaise, curry and chopped, raw onions) or even the infamous discodel, which is topped with mayonnaise and colored sugary sprinkles. In whatever way you want to slice it, the frikandel is the signature Dutch snack.

It’s like a candle made of meat, or something. I don’t trust it

Hate It Or Love It…

However, while the native Dutch population has unequivocally taken the frikandel to heart, there are those here at the Hanze who do not partake. For most foreign students it’s not love at first sight. “It’s not an appealing shape”, says Lena, a Communication and Media Design student. “In Germany we have Frikadelle but it’s different. Like a flat meat ball. The Dutch version is all smooth and cylindrical. It’s like a candle made of meat, or something. I don’t trust it”, she add with a grin. She admits that she hasn’t tried one yet since she arrived here last year, although there doesn’t seem to be a real reason for it. “I don’t know, I just never felt the urge to eat them, I suppose”, she tells me after giving it some thought.

Johan Buitenkamp, chef at the Van Doorenveste’s cafeteria, sees this trend occurring on a daily basis. “Of course we sell the frikandel a lot. About 150 per day, I would say. But mostly Dutch students, yeah. Foreign students don’t buy them as much. They tend to go for hot meals, like the noodle dishes and such. Mostly they eat what’s familiar to them.” A theory that seems to confirm what we’ve heard before. It’s a safer bet to stick to the familiar, and a lot of students do just that. Many who I ask have never tried the frikandel, while others haven’t even heard of it yet.

At Least Try It

For others, like English major Linda, the frikandel was an instant hit. “I usually order one when we go out for patat”, she says. “It’s so good, I wish I’d been introduced sooner.” Whether it be the frikandel’s appearance, or some old myths about its contents, or simply an unwillingness of people to try new foods, a lot of foreign students are leaving the tasty snack untouched. And that’s a shame, according to Linda: “People really don’t know what they’re missing out on. But if they just tried it, they’ll love it. It’s the best thing in the world.”