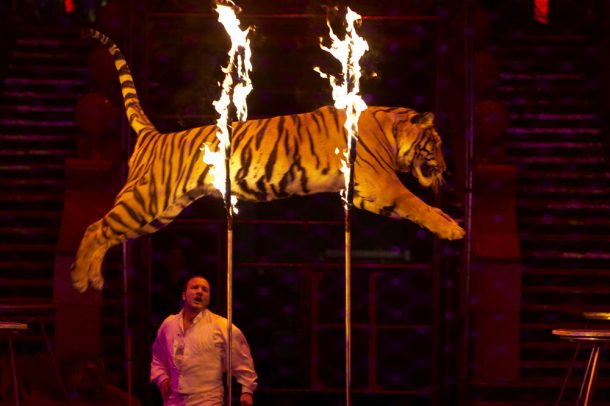 The municipal zoo of Ayamonte Prudencio Navarro in the city of Huelva, Spain, which for years has been subject to numerous criticisms, returns to the fray after the complaint of a neighbor. She made it against the Ayamonte City Council for the extreme conditions in which animals live. They denounced the zoo for its conditions: “Animals are in very poor conditions both health and hygiene sanitary.”

Over the years there have been thousands of complaints against zoos and circuses for the extreme abuse they use in animals. Even knowing what happens behind those walls, does it still seem fun to visit these places?

The animals that live in zoos suffer every day because of not being free. They live in a reduced place which has been adapted to be exhibited. The veterinarian Bernardo Luque Cuello expressed his disagreement with the zoos to the BBC World: “It is impossible to reproduce the environment of animals such as the lion, the tiger or the wolves. They need a broad territory, with rivers and with vegetation. And that doesn’t happen in any zoo in the world.”

The animals know perfectly well that they are not in their natural habitat, as is the case of an orca that saw its freedom reduced in an aquarium. The orca Lolita turned 48 in September. They captured her in Canada in 1970, being a baby. In the brutal kidnapping several of his companions died. And after that she haven’t seen his mother again.

“She lives alone in that miserable tank of Seaquarium (Miami) because the only companion she had, Hugo, went crazy because of those terrible living conditions and committed suicide by hitting himself against the glass until he died”, explained the Wings of Heart Sanctuary association. It’s an organization for the rescue and defense of animals considered as farm animals, victims of livestock exploitation, neglect or abuse.

Circuses are not free from being responsible for atrocities like this one. In September, in a circus in Moscow, a tiger suffered several convulsions in the middle of an exhibition. He was paralyzed and unconscious after jumping an arc of fire. His tamer instead of helping him, he hit him so that the tiger would react and get up; and thus, be able to continue with his “show”.

In December of 2016 a bill was approved in La Rioja, Spain, which prohibits the operation of zoos and circuses with animals throughout the province. Ines Brizuela and Doria, an Argentine politician, lawyer and national deputy of the province of La Rioja, said: “Today we are going to sanction a model law for other provinces and we will be able to end these kind of concentration camps in order to advance in a better and equal world, in which let’s understand that animals are not possessions, but part of nature.”