If it’s up to thirty large organisations in Groningen, smoking in public places is something of the past. The city of Groningen is going to help them achieve a smoking-free city. The city council approved a proposal to ban smoking in public spaces around institutions that ask for such a ban. The city will be the first to set a public space smoking ban in the Netherlands.

amendment of the law

In certain places in the city there is already a prohibition on various gasses, such as toxic exhaust gasses from mopeds and cars and the smoke from BBQ’s. Cigarette smoke will be added to the list. Yet, there will be no enforcement of the law on violation of the ban by fines or otherwise. That’s why the amendment of the law encountered some resistance. According to Max Blom (from the VVD party), it’s ‘symbol politics’.  Another member of the council, from the SP party, says the amendment sets smokers up to non-smokers.

Inge Jongman, from the ChristenUnie party, thinks that the ban helps to establish a smoking free community. Marjet Woldhuis from the party ‘100 % Groningen’ compared the prohibition with the silence compartment in trains. “people address others on inappropriate behaviour, even when there’s no authority, such as a conductor, present”. 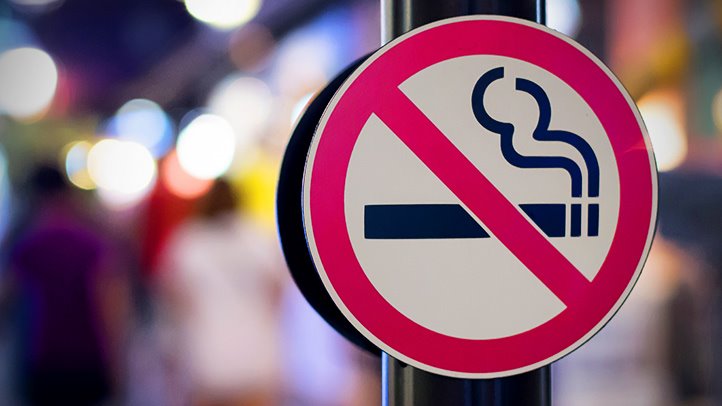