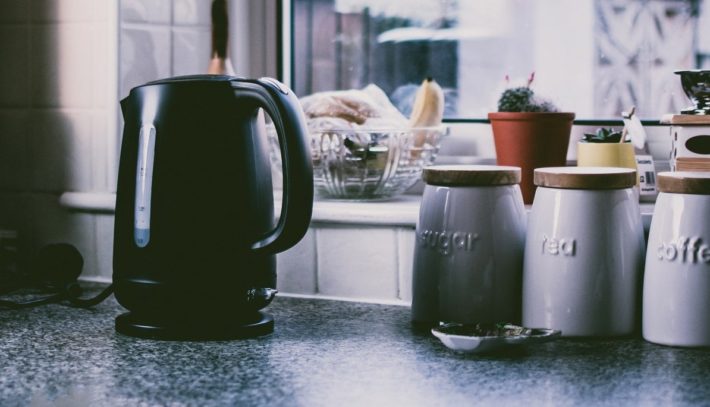 For the last two decades of your live lunch has been put in front of you, regardless of the time you came home. Stuff like roasted pork with vegetables, lasagne, self-made pumpkin soup, quiche and more – then comes the day you leave for an exchange Hanze and suddenly you have to survive on your own. Here’s a collection of useful kitchen starter tips, which may bring you through the first week without starving.

Usually a student’s day begins at twelve – an old true cliché – so breakfast takes place at lunchtime. Some students prefer starting in the day by having lunch, but I can assure you: Sitting in your bed, reading some e-newspaper from home, sipping a cup of coffee – that’s still heaven, regardless how late it is. A few points to pay attention to:

How to successfully return from the undead? Exactly, a cup of coffee, student’s best friend. Instant Coffee is probably the first thing you buy, when arriving – but beware, most of them are neither good nor cheap. Good value for money is Nescafé Gold at Jumbo. It’s quite expensive (2,50 per 100g), but still better than going to Starbucks every day. Pro tip: Add some caramel sirup, this makes a sunny morning.
And for all those, who don’t like coffee: Why don’t try to cook some warm apple cider in your kettle? Everything’s possible, if you believe in it.

There’s nothing better than a bowl of warm porridge in the morning. Of course, Stroopwaffles are delicious too, but they won’t fill you up as good. The same goes for muesli, which is also very expensive: The cheapest is 4 € per kg at Albert Heijn, while you can get a package of porridge for 1,75 €. And the best thing: You can eat porridge without milk, so no worries if your roommate used the last package again!
To make your lifestyle even healthier – always an urgent need, concerning the high consume of alcohol during the nights – you could buy the sugar free version and add some fruit and honey. Raisins are also a hot tip.

Whether you come back from college or you just spent the day lazy in bed: Around four to five pm it’s finally time for student’s lunch – and then creativity comes into play. Most student home kitchens are disgusting; dirty plates, sinks in which you can see what dozens of students before you ate – ugh. But thankfully there’re ways to avoid this.

Always treat your kettle with respect, he’s going to save you from entering the kitchen (works up to one month – successfully tested in a self-experiment!) Easy stuff such as ready-made soup (cheap at Jumbo: 10 packages for 2 €) and noodles (with greek cheese from Albert Heijn à la 90c per 100g and paprika) are some examples for dishes. Another idea: hardboiled eggs (made in plastic bags in your kettle) with avocado cream on toast (fried on your iron). So pro tip No 1: Just throw everything in your kettle, most of the times it works and if not: A lot of salt and butter still make everything better.

Go to the market

Some students swear on buying their food at the market in Groningen (see box): “I always get marinated meat there”, Christian Albrecht, an Austrian exchange student says. “It’s very cheap and it doesn’t take you more than three minutes to fry it. Combine it with some salad – perfect meal.” Another tip, in case you’re really running out of ideas: Pizza shops such as Domino’s offer some cheap student deals, where you can get Pizza and Coke for 5 €.

You’re tired of just mixing up stuff in your kettle? Why don’t just ask the students around you? Especially in an international student’s home this can be a good opportunity to learn something more about delicious dishes in other countries. And if not: Jamie Oliver still provides you with enough easy ideas

After 10pm the average student’s nutrition switches from noodles to alcoholic liquids. Beer is especially recommendable as there’re very strong brands in the Netherlands, which are quite cheap compared to other spirits. At Albert Heijn you can usually profit from some good offers, when it comes to beer. For the distinguished lady/gentlemen: Cheap vines start at 3,99 €.

You probably know the feeling, when you’re slowly getting sober and suddenly feel this ravenous hunger for a hearty meal? Here comes the solution: Whatever you cook in the afternoon, whether noodles or meat, even if you ordered some pizza – just safe a bit of it in your fridge. Your stomach is going to thank you at 3am.

Last but not least…

There’s only one possible closing remark for an article like that: Stay creative! From cooking noodles in a pan to surviving without microwave – almost everything is possible and if not: Just think of the fact, that it’s only two and a half months until you’ll be home for Christmas!