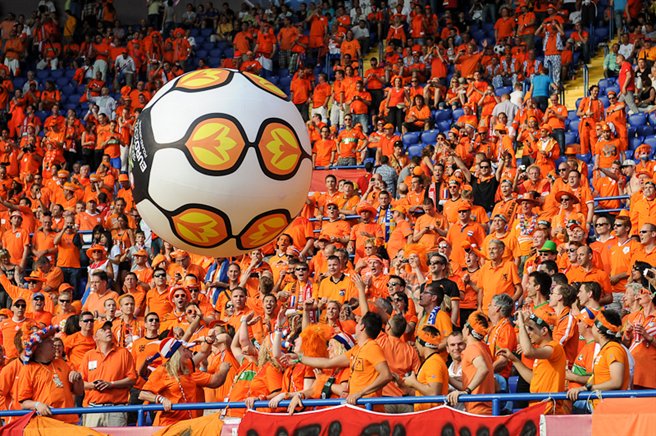 The Dutch football national team still belongs to the world’s elite of football. But the great years are gone, Oranje failed to qualify for the last two big tournaments. With the retirement of Wesley Sneijder, the last representative of the successful era of the recent past, the men in orange are eventually heading into a new era.

Johannesburg. July 11th, 2010. Man-of-the-Match Andrés Iniesta gets the ball from substitute Cesc Fàbregas and does not only hit the net but the hearts of thousands of Dutch football fans. It was in the 116th minute that Oranje’s dreams burst. Spain became World Champions for the first time, the Netherlands ended up being the first loser – for the third time in history. “If you mention Iker Casillas’ toe to any random Dutch guy they will probably go to a very dark place in their mind,” says Maarten Vermeulen. Vermeulen has been following Dutch football since he was a child and is now working as a football analyst for Football Radar, a well reputed company providing football data and insights about major leagues all over the world. Vermeulen himself is covering Eerste Divisie, the second highest league in the Netherlands.

A history of ups and downs

After finishing second in 2010 it went down for the Oranje nearly constantly. In 2012 they ended up forth in group stages behind Germany, Portugal and Denmark and left the European Championship with zero points and as the biggest disappointment of the tournament. Two years later the small crisis seemed to be over. In the first game of World Cup 2014 group stages Oranje humiliated their former nightmare Spain winning by 5:1. While Spain went out in group stages, Holland reached the semi-finals but lost to Argentina. Beating Brazil in game for third place got them the bronze medal and 2014 remained a successful year for the national team.

But after each high there follows a low. That it would be so massive nobody could have imagined. For both the European Championship 2016 and the World Cup 2018 the team could not even qualify. “The mood in the country was depressing for the first one and it turned into cynicism by the second one,” says Vermeulen. “Missing the Euro’s was such a blow after having a good World Cup. I honestly could write a book about the reasons why we did not qualify. It basically comes down to having worse players than we did a few years ago, an outdated attacking tactical philosophy that is unfit for modern football and completely useless when you do not have quality players.”

Start into a new era

Now a change seems to be coming. on September 6th Wesley Sneijder retired from international football. He was the last representative of all-in-all successful era of the last two decades. “I think we are now seeing a shift from the past era of Sneijder, Rafael van der Vaart, Arjen Robben and Robin van Persie to a new generation. Obviously nowhere near as talented, but still quite solid. I think a new sense of realism has hit us where we realize we need to play a more defensive brand of football,” Vermeulen says. The big goal for the upcoming years is to qualify for the European Championship in 2020. The football expert is optimistic: “I do not think we can expect the highlights of the last 20 years from this generation, but it should be good enough to qualify for tournaments.”

Even though the last few years were quite disappointing the Dutch national team still remains a big name in international football. In the seventies the Netherlands finished second in the World Cup two times in a row, showing the world their Totaalvoetbal (total football). Back then, Oranje had one of the best players ever in their side: Johan Cruijff. Vermeulen lionizes the key figure of Totaalvoetbal: “He is the godfather of Dutch football. In my opinion he is one of the greatest football minds to have ever lived. He was a genius on the pitch with his skill, technique and vision. When he spoke on TV he almost seemed like a lunatic because his level was so far above the rest that people just did not understand him. But when you really thought about it, it always made sense.”

Unfortunately, Cruijff passed away in 2016 and Oranje is miles away from playing Totaalvoetbal. “But I hope that the worst is behind us and that we will climb up a bit more,” says Vermeulen. Additionally to the three silver medals in the World Cup, Holland won the European Championship in 1988. For a small country like the Netherlands those are great achievements to look back on. Although the recent past was not very satisfying, Vermeulen is positive about the future: “I think we have the potential to win at least another European Championship and possibly a World Cup. Why not?”