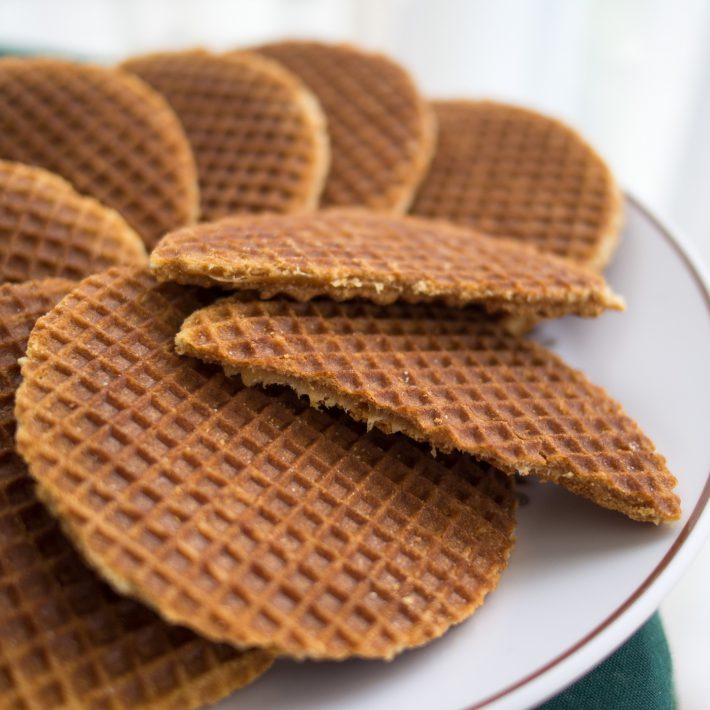 Surely you have already heard about the famous stroopwafels, even if you have just arrived in town. The stroopwafel (literally “wafer with syrup”) is a typical Dutch biscuit composed of two thin wafers between which is spread a type of caramel syrup called stroop or siroop.

A legend attributes the invention of stroopwafels to Gouda’s baker Gerard Kamphuisen, who would prepare them using the scraps of the bakery, like bread crumbs, sweetened with syrup.

If you don’t have time to cook stroopwafels or if you want to eat them right away, you can find many places around the City where to buy them.

You can find them in the marketplaces. In Vismarkt and Grote Markt there are several stands that sell freshly baked stroopwafels. One of this stand is called Buurman & Buurman and it has baked stroopwafels for 4 years.

However, they can be found in many cafes and in any supermarket in the City.

Supermarkets sell packaged stroopwafels in packages of about 10/12 pieces.

Also Packaged stroopwafels have a good taste. But it would be better to eat them warm. So, Mrs Irene Kloosterman suggests “You can put your stroopwafel on top of your mug of tea or coffee and let the steam soften it for a couple of minutes. The steam heats the cookie and melts the inside layer so that it’s warm and gooey.”